Work started on site on the 30th July 2012, when a team from Beveridge Builders, led by Willie Walker, arrived to begin the preliminary operations.

Their first task was to install new underground drainage pipes that will carry the rainwater from the roof, into the nearby burn.  A mini excavator duly arrived, together with drain pipes and fittings and the work was soon underway, after any existing services in the ground had been carefully identified and marked.

By the 8th August, this operation had been completed, and stonework repairs had begun.  The careful raking out of joints had been started, together with examination of the stonework in general, so as to determine how much may have to be replaced and/or repaired. 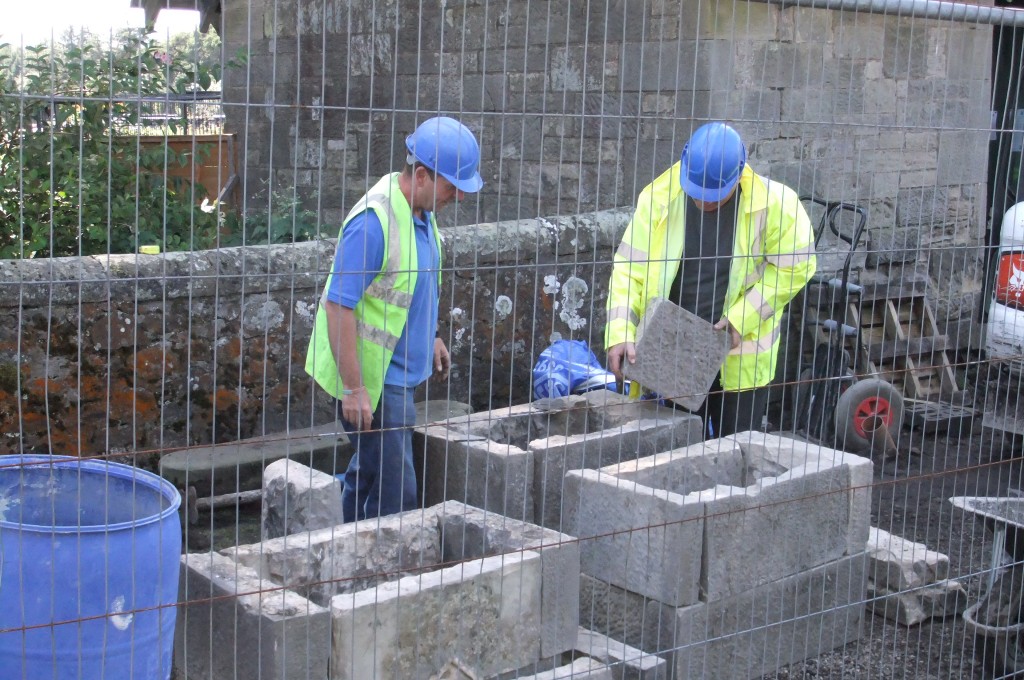 Willie, helped by Pete, put the old chimney stones together 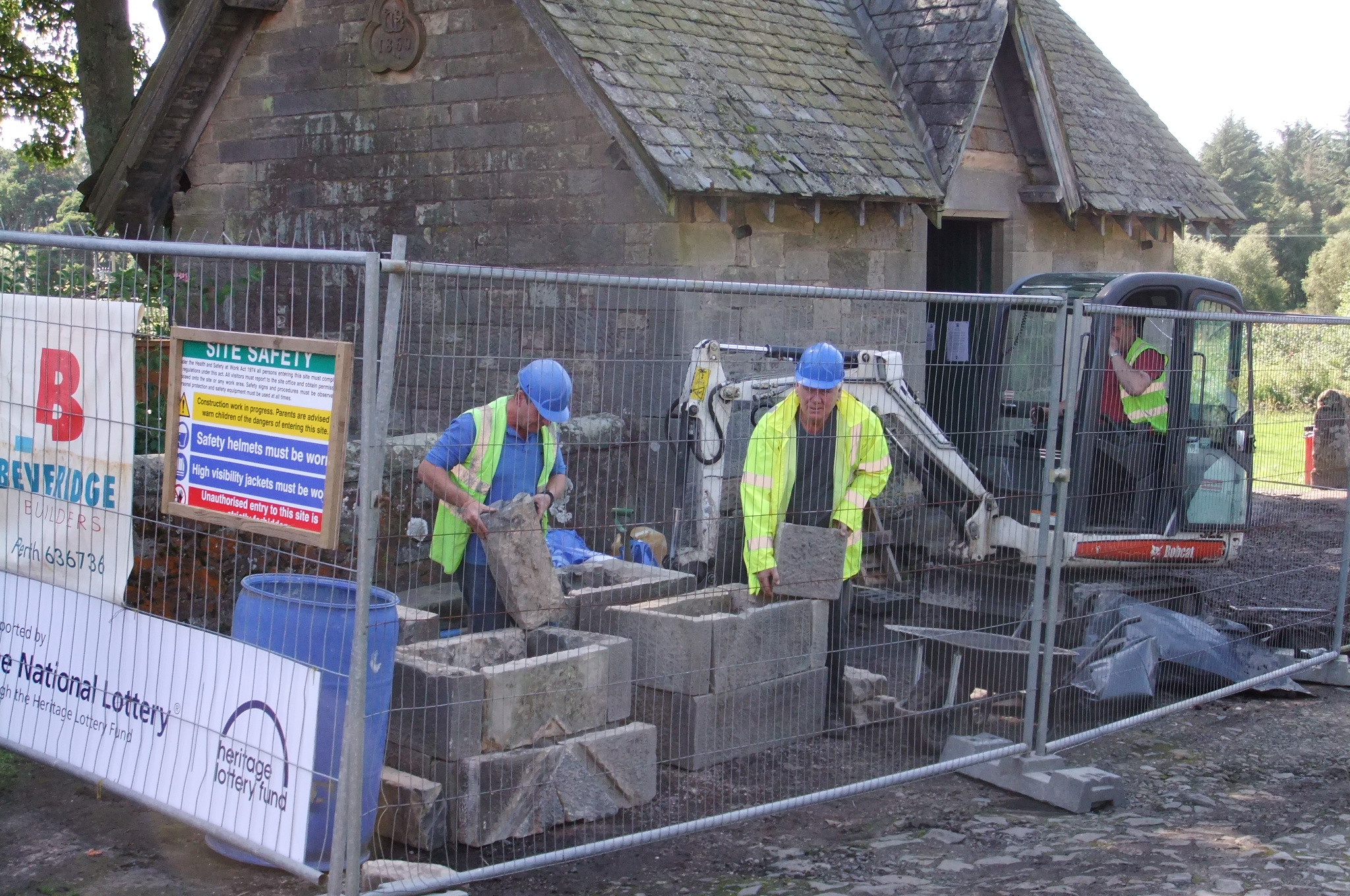 Raking out of the old mortar started from ground level, and continued to the top once the scaffold had been erected.  Then, on the 13th., a team of slaters arrived and removed the slates, revealing the old roof sarking, complete with a few holes.  This operation was observed by the environmental consultant so as to confirm the original beleif that there were no bats living in the wash house. 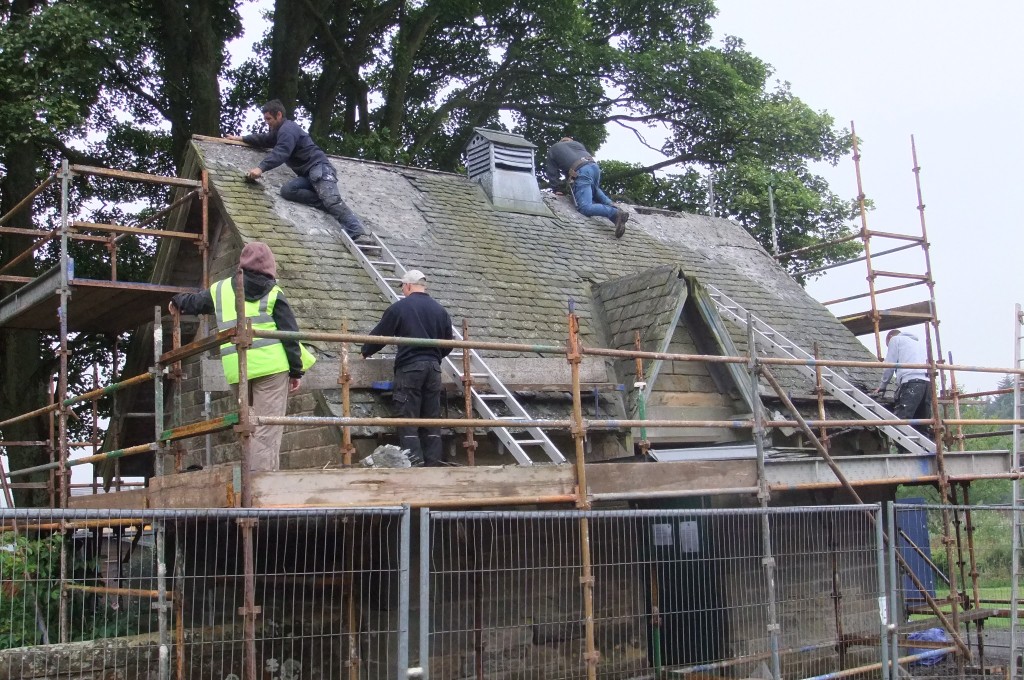 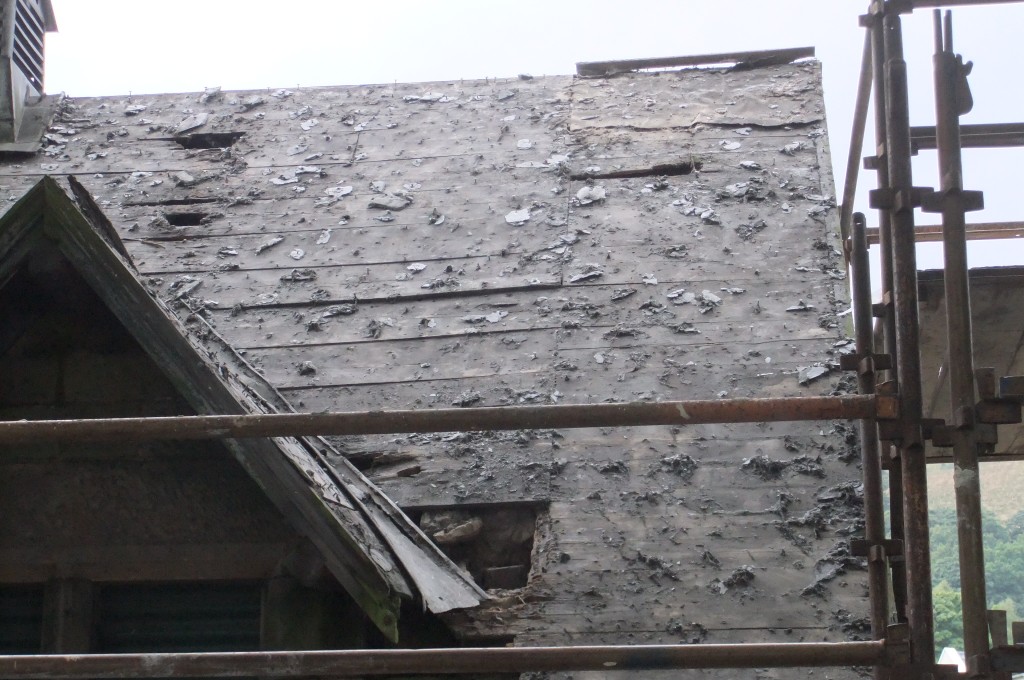 Re-pointing of the stonework continues.

The sarking is now removed, but was not able to be saved as it disintegrated in the process – it will have to be replaced. 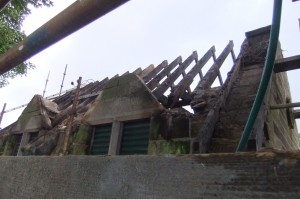 Roof timbers exposed after removal of the sarking

The roof timbers were then able to be inspected.  Those to the rear of the building  (the weather side), were in a significantly worse condition than those to the front.  The front timbers can largely br repaired, whilst those at the rear may need some replacements. 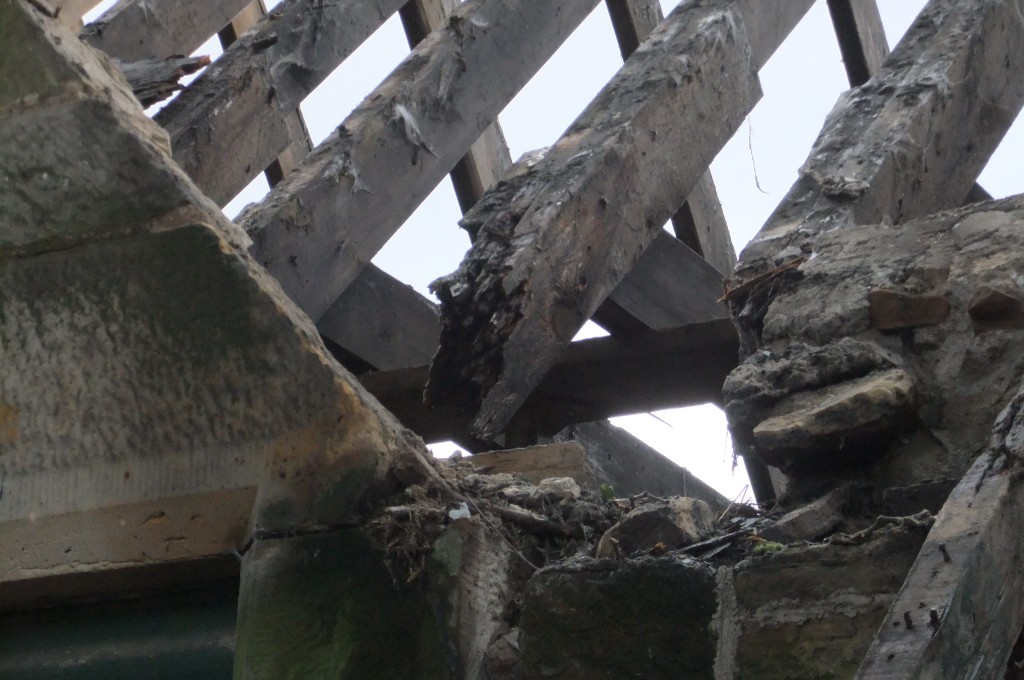 Rotten ends to the rear rafters 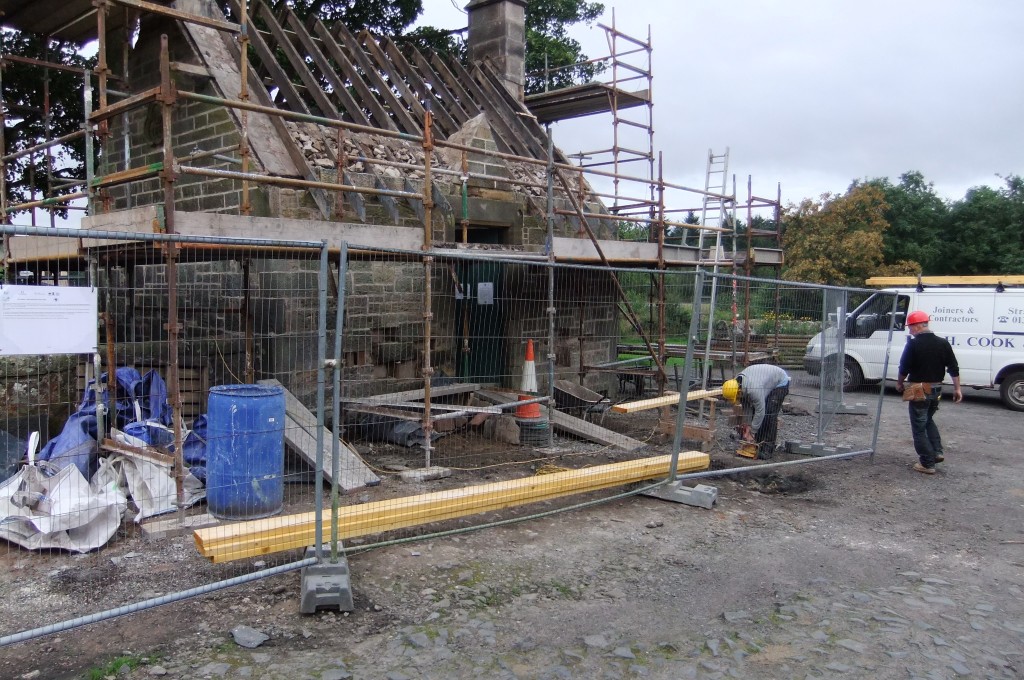 Start of repairs to the roof timbers

Meanwhile the chimney stacks had been re-erected with the exception of one or two stones that will need to be replaced (a suitable replacement material has now been sourced).

Repairs to the Well Structure were also underway, with replacement of the lime mortar pointing 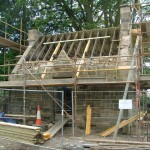 Sarking to the front elevation about to start

By the end of February, new sarking had been fixed to the rear elevation, and started on the front.  New stone had arrived to replace the stones that were damaged beyond repair, and the chimney stacks had been reconstructed. 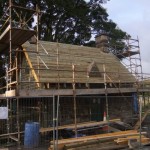 Slating of the roofs followed soon after, together with the fixing of gutters and downpipes.

The work was substantially complete by mid March 2013, with only remedial painting works and some signage left to finish.  Both await suitable weather conditions.

The Wash House and Well structure are in a condition to weather the next hundred years or so, will now be maintained by Scotlandwell in Bloom. 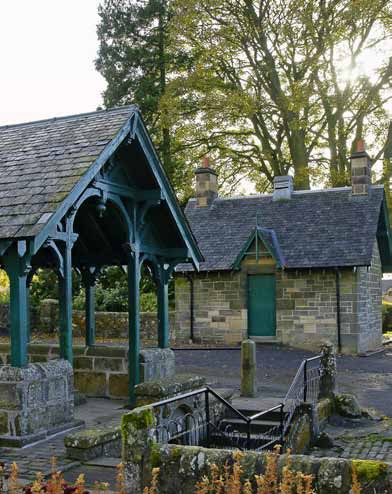